Economic surprise indicators suggest that the number of negative surprises for data releases has been outnumbering the ones with positive surprises. This is generally a sign that economic momentum is slowing – something that is being picked up by other indicators that we track. 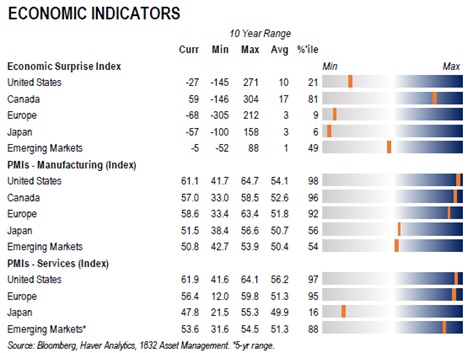 After a rough September, many global equity benchmarks rallied in October and are now back near their all-time highs. As a result, forward P/E multiples for these indices remain in the upper end of the 10-year range.

Weekly Update – By The Numbers